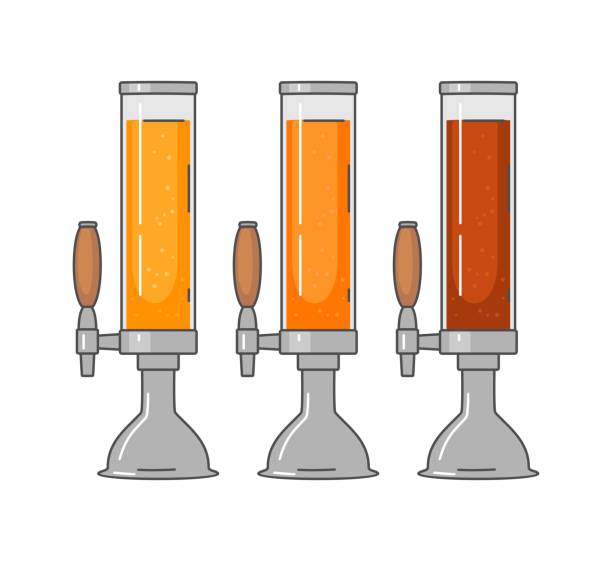 Beer dispensers allow you to have your favorite beer on tap at home. We know this sounds too good to be true -but it doesn’t have to be.

We all love going to our local bar, trying out new beers, and spending time with our friends. But there are some days when we just want to stay in and have a beer at home. On these days, we settle for a disappointing can of beer or if we’re lucky a bottle.

However, the invention of beer dispensers means that we can enjoy freshly poured pints of beer even when we are at home. They’re better value per pint as well – which makes them an even more enticing option.

Today, we are going to help you find the best beer dispenser for you by looking at some of the best options on the market.

If you’re familiar with kitchen appliances, you will know that while Philips products tend to be on the more expensive side, they last for a really long time and are typically well-designed.

Their Perfectdraft is no exception. It works well, it will last you for a decade – but it is one of the more expensive items on this list.

However, it really is one of the best performing beer dispensers on the market. Beer has never tasted this good at home before.

You can even get a barrel of puppers beer to fit this machine.

The Draftpour is the Lamborghini of the home dispenser world. This dispenser looks like it has been taken straight out of a 5-star hotel bar in the Alps and it works just as well.

What excites us even more about this product is how well priced it is. It’s half the price of the Philips option and one of the cheapest dispensers on this list.

It’s sleek, lightweight, and is powered using any USB charger.

This is a great option for anyone looking for their first dispenser or for someone who wants to keep their home bar looking modern and sophisticated.

Want to start brewing beer at home? But don’t want to go through the hassle of selecting yeast, hobs, and building a safe microbrewery in your shed?

Pinter has you covered.

Think about what a Nespresso machine for beer would look like – that is the Pinter. They will post you a compressed beer starter and all you have to do is add it to your machine and provide the water.

You can make 10 pints at a time and enjoy the freshest beer possible from your couch.

Want an at-home beer dispenser for your student flat then look no further than the Beer-Tower XXL.

This is not the prettiest beer dispenser in the world – truthfully, it looks like a blender full of beer. But it does the job and it’s easy on the wallet.

The good news is that you don’t just have to use it for beer. It makes a great iced tea or cocktail dispenser as well.

Coming in at under $50, this would make a great gift for someone who likes to throw parties or host game-watching evenings at home.

You would need to decant your kegs into the Beer-Tower.

This dispenser would look completely at home at a Renaissance Fair, a traditional tavern, or even in a modern microbrewery.

That doesn’t sound like it should be possible, but this dispenser is a perfect example of the power of good design.

This comes with three taps and the ability to store up to 50 liters of beer at a time. This is perfect for someone who regularly hosts events or who just likes to buy their beer in bulk.

This dispenser only takes 5 minutes to set up.

Now, let’s talk about the elephant in the room, the Beerwolf Blade. The beer dispenser that has taken the world by storm.

This keg will allow you to store and chill up to 8 liters of beer at a time. It’s easy to use and it looks good. It will cost you about $500 but that is relatively cheap for a dispense of its size.

The other benefit of paying extra for a brand like Beerwolf – you can have an almost unrivaled choice of beer kegs to choose from. Microbeers and huge brand names included.